The company said Thursday that third-quarter earnings rose to $6 a share excluding some items. That was below the $6.29 a share average of analysts’ estimates. Revenue increased 4% to $6.67 billion, roughly in line with the average of Wall Street projections.

Mike Manley, who took over as chief executive officer of AutoNation a year ago, said he’s been aggressively turning over his portfolio of used cars to make sure he doesn’t get stuck selling them for less than he paid.

“We’re beginning to see used-car prices mitigate with faster depreciation” among mainstream and budget cars, Manley said in an interview. “We benefit from the mix of our portfolio being premium luxury.”

AutoNation’s CEO said new-vehicle inventory is still tight, despite the chip shortage beginning to ease, and there is strong, pent-up demand for vehicles priced above $30,000.

“It’s easing rather than becoming a glut,” he said.

New-car inventory will remain below pre-pandemic levels next year as automakers try to preserve margins to pay for electrification, Manley said on an earnings call Thursday.

In the used-car market, it’s just a matter of time before weaker prices at car auctions filter through to the retail market, pressuring margins for dealers, he said.

The article was originally posted by Bloomberg. https://www.msn.com/en-us/money/other/autonation-s-ceo-warns-of-used-car-price-drop-as-rising-rates-curb-demand/ar-AA13qSuj?cvid=d80090900b4a4c25cd9c52261cc24e40&ocid=winp2sv1plustaskbar 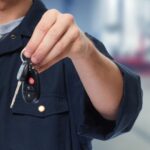 The Solution to Dealership Success In Today’s Depressed Economy 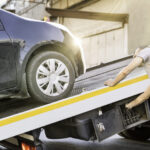