With inflation cutting into the budgets of Americans, a growing percentage of people with auto loans are struggling to make their monthly payments.

TransUnion, which tracks more than 81 million auto loans in the U.S., said Tuesday the percentage of loans that are at least 60 days delinquent hit 1.65% in the third quarter, the highest rate for 60-day delinquencies in more than a decade

“Consumers still want to stay current as best that they can. It’s just this inflationary environment is making it challenging,” Satyan Merchant, senior vice president of TransUnion, told CNBC. “It leaves fewer dollars in their pocket to make the auto loan payment, because they’ve got to pay more for eggs and milk and other things.”

The biggest impact is being felt among among subprime borrowers who have lower credit scores and often have lower income.

In September, the average transaction price for a new vehicle was $47,138, up almost $2,600 compared with the year-earlier period, according to the auto research firm Edmunds. The average price paid for a used vehicle was $30,566, a jump of almost $2,500 from September 2021.

The rise in delinquencies also follows the end of loan-accommodation programs set up during the pandemic. Those programs were designed to help consumers who may have lost their job to avoid having a car repossessed because they couldn’t make the monthly payment.

“There has been this effect where the delinquency that may have occurred over the last few years is really just pushed out or delayed because that consumer didn’t have to make payments or their status was on an accommodation. So now some of those are hitting,” Merchant said.

Despite the rise in delinquencies, Merchant believes the auto loan market remains healthy. The average interest rate for a new-vehicle loan climbed to 5.2% in the third quarter, while the average rate for a used vehicle loan hit 9.7%, according to TransUnion. Both are up more than one percentage point compared with the year-earlier period.

Those higher interest rates are pressuring many consumers to stretch out the terms of their loans to at least seven years, Merchant said. Still, delinquency rates have been kept somewhat in check by low unemployment.

“If we get into a position where employment starts to be a challenge in the United States and unemployment increases, that is when the industry will really start to be concerned about a consumer’s ability to pay their auto loans,” he said. 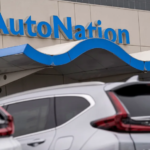 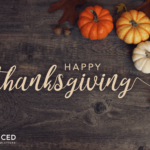