The U.S. Senate passed a nearly $250 billion bill to solidify the U.S. position as a leader in technological research and innovation. The funds will subsidize scientific research and chip manufacturing and overhaul the National Science Foundation.

The Senate passed the bill on a 68-32 vote, showing bipartisan support for efforts that bolster U.S. manufacturing and technology amid strategic challenges from China.

“This bill will go down as one of the most important things this chamber has done in a very long time,” Schumer said on the Senate floor before the vote. “Whoever wins the race to the technologies of the future is going to be a global economic leader—with profound consequences for foreign policy and national security as well.”

The bill earmarks $52 billion to help domestic semiconductor manufacturers expand production. The move will speed up measures to address the global chip shortage that has idled U.S. automotive plants and disrupted electronics production.

The automotive industry celebrated the move to include money for semiconductor manufacturing in the bill. The semiconductor shortage has slowed delivery of new vehicles in recent months.

“Semiconductors form the nerve center of America’s economy, national security and critical infrastructure,” said John Neuffer, president and CEO of the Semiconductor Industry Association. “We look forward to working with leaders in the Administration and Congress to enact needed federal investments in chip technology to help ensure more of the chips our country needs are researched, designed, and manufactured on U.S. shores.”

The legislation also authorizes $190 billion to increase R&D efforts at universities and other institutions.

The bill still must pass the House, where leaders haven’t publicly noted whether they will support it or establish their own course of action targeted at revamping the National Science Foundation.

Schumer said the Senate bill is close to what the House is working on and expressed positivity about it passing there. “It’s in President Biden’s agenda and I’m quite certain we will get a really good product on the President’s desk,” he said.

Chinese lawmakers were not as certain, urging Congress to “immediately stop” progress on the bill, reported the official Xinhua News Agency. The statement said the bill “smear’s China’s development path and domestic and foreign policies” and “interferes in China’s internal affairs under the banner of innovation and competition.” 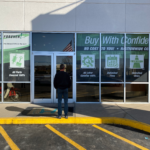 The Power of Branding 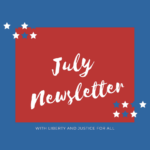