Despite all the doom and gloom being cast by industry pundits it appears auto dealers have once again shown they are some of the most resilient entrepreneurs on the planet!

In my 25-year automotive career I have heard the ‘end is coming’ time and time again. First, it was the advent of the internet and online listings. I remember sitting in a Paul Cummings training session and hearing him say “Bill Gates has changed our world”. The internet has certainly changed things, but dealers have still found a way to compete and grow. Then, it was CarMax, the big, bad pre-owned only dealer who was going to destroy gross profits on pre-owned vehicles. Yet, here we are over two-decades into the CarMax era and franchise dealers are still the predominant player in all the markets I am aware of. Next, we feared the publicly traded companies and how they would control market after market with their size and scale. Although the publics are performing well, they clearly don’t have such a stranglehold on the industry that non-publicly funded dealers cannot survive. Now, we are in the day and age where there are perceived existential threats, such as Carvana, Tesla, autonomous vehicles, ubiquity of ride-share users, and the just announced flying taxi’s being co-developed by Uber and Hyundai.

Yet, as I sit here today, the franchise dealer is still thriving. Just yesterday, Auto Remarketing published an article proving the resiliency of the dealer body AND pointed to several statistics which should excite anyone who lives and breathes this industry like I do.

Do dealers face change and uncertain times? Of course! Dealers have been and will continue to be faced with the evolution of technology and buyer habits just as any other business. The main difference I see is dealers are scrappy and have more grit than most. They are not going down without a fight. For those of us who depend on the retail automotive sector to provide for our families – I say a giant THANK YOU! Thank you to all the dealers who wake-up every day choosing to fight the good fight and not listen to the ‘experts’ who are predicting the end of time……again. 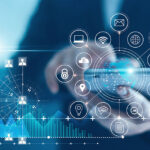