DETROIT – Since the start of the pandemic in early 2020, U.S. automakers and dealers have seen record profits as demand outpaced supplies of new cars amid supply chain problems.

But with interest rates rising, inflation at record highs and recession fears looming, Wall Street is closely watching third-quarter earnings results and guidance for any signs consumer demand might be weakening.

Spak said third-quarter earnings “should mostly be fine,” with the focus being on company commentary and guidance revisions. He said 2023 estimates for the sector need to “move materially lower.”

RBC and other financial firms have signaled the auto industry’s supply chain issues could quickly shift to demand problems.

Profits for U.S. and European car companies are set to drop by half next year as weakening demand leads to an oversupply of vehicles, UBS analysts led by Patrick Hummel told investors last week.

He said the overall automotive sector in 2023 “is deteriorating fast so that demand destruction seems inevitable at a time when supply is improving.”

On Oct. 10, Hummel also downgraded General Motors and Ford Motor, predicting it that it would take three to six months for the auto industry to end up in oversupply. He said that will “put an abrupt end” to the unprecedented pricing power and profit margins for the automakers in the past three years.

The investment firm downgraded Ford to “sell” from “neutral” and GM to “neutral” from “buy” – sending both stocks tumbling roughly 8% during intraday trading on Oct. 10.

The downgrades came weeks after Ford said parts shortages affected roughly 40,000 to 45,000 vehicles, primarily high-margin trucks and SUVs that haven’t been able to reach dealers. Ford also said at the time that it expects to book an extra $1 billion in unexpected supplier costs during the third quarter.

GM CEO Mary Barra this past week told Yahoo! Finance that the Detroit automaker is preparing for increased demand for its vehicles next year, but that it wants to be prepared “regardless of the environment” to continue investing in its electric vehicle plans.

GM is set to report third-quarter results before markets open Tuesday, followed by Ford a day later after the bell.

Before Detroit’s largest automakers report earnings next week, electric vehicle leader Tesla, which has a cult following among investors, is scheduled to report after markets close Wednesday.

Used car prices remain elevated, but Cox Automotive said wholesale prices for dealer auctions have declined for four consecutive months. That could signal consumers are fed up with the near-record prices.

Citing CarMax’s results, J.P. Morgan analyst Rajat Gupta said the sentiment for franchised dealers’ third-quarter earnings “is the most negative we have encountered since the pandemic.”

“The sector is not immune to ongoing macro challenges and we are dialing back our estimates for 2023 materially to reflect a mild recession and hitting a new normal by 2025,” Gupta said in an Oct. 6 investor note.

A potential bright spot for the industry is the low new car availability and sales. Even if there is an economic downturn, sales could still increase though profits would be expected to tighten.

“While [CarMax’s] weak fiscal 2Q results (reported a couple weeks back) set the tone for the used market, we believe [Lithia’s] 3Q miss should set the pattern for the franchise players,” he said in an investor note Wednesday.

Looking to auto suppliers, which have experienced significant cost increases during the coronavirus pandemic, several Wall Street analysts expect continued growth this year, followed by single-digit growth, if not less, next year.

Suppliers are largely paid after they deliver parts or products to larger suppliers or automakers. Smaller suppliers that produce materials or parts for lager companies have particularly been under pressure due to lower volumes, increased costs and labor shortages.

Gary Silberg, KPMG’s global head of automotive, told CNBC that a significant number of suppliers are going back to the original equipment manufacturers asking for support.

“Not only just for them but for their suppliers. It’s a dance basically that everyone’s doing all the time,” Silberg said. “They don’t have a lot of leverage is the problem. It’s been a very, very tough 18 months” for smaller automotive suppliers.

A KPMG survey that included more than 100 automotive industry CEOs whose companies have annual revenues of over $500 million found 86% believe there will be a recession in next 12 months, and 60% said it will be mild and short.

Responses for the KPMG CEO Outlook survey were submitted from mid-July to late-August. 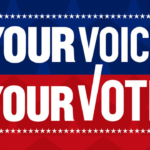 We encourage you to vote! 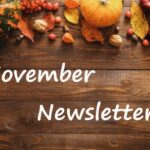