Advanced Dealer Solutions is fully committed to providing information that could be beneficial. We wanted to share this information from Leonard A. Bellavia, in response to the events happening in the world.

There are not many dealer principals active today that operated dealerships through the Arab oil embargo of the early ’70s. Gas was rationed, and most vehicles got eight miles per gallon. Showrooms remained empty for months. Dealers survived because the population ultimately needed new cars.

In response to the oil crisis, Honda, Datsun, and Toyota came to the U.S. with fuel-efficient vehicles. The industry experts predicted the demise of domestic dealerships, as consumers would only buy subcompact cars. The domestic manufacturers pivoted, and while their market share diminished, many of those same domestic dealerships that were handed down or sold, still exist today.

The next unfounded prediction came with the advent of the internet. According to the pundits, dealerships would become extinct as the internet replaced dealers. The reality was that buyers still wanted to test-drive vehicles and see the colors and options firsthand. The internet supplanted the due diligence process, but fell short of replacing dealers.

You may recall the radical transformation that was forecasted to finally eradicate the private capital dealer: factory-owned stores. There was the Ford Collection experiment. It flopped largely because the OEMs discovered too late that knowledge of a local market is best left to local dealers.

Then, GM concluded that the buying public would prefer fixed-price selling. Dealers would need to adapt to the Saturn business model or fail. They didn’t adapt and they didn’t fail. Saturn did.

The next death knell, according to the disrupters, was the factory-direct-selling model of Tesla, which would surely eviscerate the franchise system. These industry outsiders mused that the general public had no use for local dealers. How wrong they were. Recently, Tesla vacillated over whether to shutter all of its “galleries.” Moreover, since Tesla came on the scene, the number of traditional franchised dealerships actually increased.

More recently, electric and autonomous vehicles, as well as ride sharing, have come to the forefront, only to be relegated to the background as consumers continue to stay the course within the traditional culture of two cars in every driveway (both with combustion engines, thank you very much). It is still early, but electric vehicles don’t seem to have that “vroom” quality, that appeals to consumers

After COVID-19 ends and becomes a horrific memory, life will go on. In my opinion, complete remote-selling will not be embraced by the majority of the public. To the contrary, I predict “end-to-end” online selling will be utilized by only 5-10% of consumers, and even less if talented salespeople convert these customers to hybrid online buyers. It is impersonal in an interpersonal world. The purchase of the family vehicle does not lend itself entirely to remote interaction. The process is not that sterile. The human senses come into play with respect to test drives, color choices, comfort, and the need to understand financial options. Innovators and vendors will resist the notion that customers will continue to prefer to visit the dealership and become comfortable with the product, along with the people selling and servicing the product. Relationships matter. That is not to say the process doesn’t need to be materially streamlined. That is a topic unto itself. 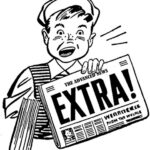 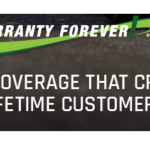